We are true professionals

At Marisa USA we have a dedicated, experienced, and friendly staff that is always willing to go the extra step to make sure you get the products and help you need. We are available 24 hours a day 7 days week for your convenience. 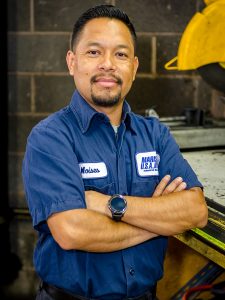 Originally from the state of Puebla, MX, Moises was brought to the US by his parents on January 1998 and has lived in NV since 2005. He became an apprentice with MARISA USA on 2012 and attended EATON AEROQUIP University on 2015. Moises is now happily married with 2 children and he enjoys being the director of the band in his church. 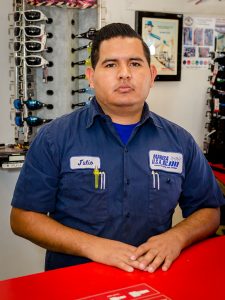 Born in Guanajuato Mexico, Julio came to the US as a baby. He was raised in Southern CA and finally moved to Las Vegas on 2008 with his mother and siblings. Julio was hired at MARISA USA on 2012 and quickly took a liking to the industry. He attended EATON University and became Sales Manager on 2015. Julio is now married and has only one daughter who is the apple of his eyes. 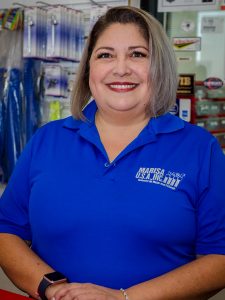 Immigrated from Chile at a young age, Emma was raised in Miami, FL. She attended Miami Dade Community College for Business Administration and moved to NV on October 1994. Living in Henderson since then, she was hired by MARISA USA on 2013. 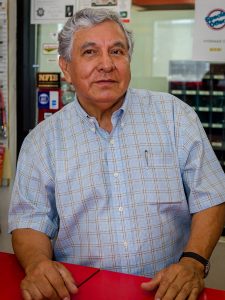 Born in the state of Durango, Mexico, Jose Luis is the fifth of 6 siblings. He took it upon himself to help his mother and started to take small jobs at an early age. By the time he was 11 he had already moved to the capital of Mexico and had his first job in the industrial sector by 13 years old. He quickly learned the basics about hoses and fittings and was excited about the future and his new career. Orozco would come to own his first business by the age of 29.

It was on 1968 that he would be introduced to a beautiful young woman from the state of Guanajuato, Mexico and she would become his wife after 3 years of courtship. Raquel and Jose Luis started their family in Mexico City and would come to be the proud parents of two boys, Juan Carlos and Jose Luis and one girl, Monica. As of today, they also have 4 grandchildren that are part of their regular daily lives in Mexico.

It was back in 1997 that Orozco decided to venture into bringing his business to the US. With a full backing from one of his vendors, he convinced one of his relatives to help him and “All Hose” was first opened in North Las Vegas, NV on 1998. After a couple of years, Jose Luis would bring himself to terminate said partnership and a new venture with EATON/AEROQUIP would take place. The Orozcos created MARISA USA on December of the year 2000 and officially opened the new company in early 2001.

Jose Luis and Raquel currently spend their time between Mexico City and Las Vegas and celebrated their 45 years of marriage on 2016. Jose Luis loves to drive his only grandson to school every morning on his way to work and Raquel has retired from the business but continues to help with the grandchildren every day.

Their business in Mexico recently celebrated 40 years and Marisa USA received recognition from the City of North Las Vegas for 15 years in business on 2016.

Our Team We are here to serve you

We offer a wide assortment of services that guarantee to provide you with any of your hose or fitting needs.

We carry an extensive selection of adapters, fittings and accessories for all of your hydraulic, pneumatic, water, fuel and petroleum needs.

Marisa USA understands that not of all your needs happen during store hours and we are dedicated to helping all of our customers anytime so we offer 24 hour service 365 days a year. Call the shop at 702-657-0366 to inquire about after hours fee.

When you can’t bring your hose to the store call our Marisa USA mobile service. We provide professional and efficient service anywhere anytime that is also available 24 hours a day 365 days a year. Call to inquire about mobile service fee.